5.11.2022
Our team NimbRo won the ANA Avatar XPRIZE Finals. In the Day 2 testing run, the Operator Judge solved through our Avatar System all ten tasks of this competition in only 5:50 min. We received also all five points for telepresence quality, resulting in a perfect score of 15/15 points. The prize money is 5M US$. [Press release]

NimbRo is the robot competition team of the Autonomous Intelligent Systems lab of University of Bonn, Germany.

The lab is part of the Computer Science Institute VI – Intelligent Systems and Robotics, which is headed by Prof. Dr. Sven Behnke.

4.11.2022
On the first day of the Finals Testing, we had the second to last slot. The Operator Judge solved through our Avatar system all ten tasks in 8:15 minutes.
We also received full scores from the Operator and Recipient Judges for telepresence quality.
With a score of 15/15, our team NimbRo is leading. Tomorrow, the 12 best teams get a chance to improve their score.

3.11.2022
Our Avatar system is operational in our Team Garage. We practice operator training. In the evening, our Avatar was for the first time tested in the arena of the ANA Avatar XPRIZE Finals. Despite WiFi issues, the Operator Judge solved through our Avatar System all ten tasks of this competition. This qualifies our team NimbRo for the Finals Test tomorrow.

2.11.2022
We assemble the Avatar robot and the Operator Station. Teams had a first look at the arena. Our robot went to the photo shooting.

21.10.2021
Our team NimbRo came in first in the ANA Avatar XPRIZE Semifinals. The jury gave our test runs an almost perfect score of 99/100 points.
[Press release]


18.9.2021
The second and last testing day at the ANA Avatar Xprize Challenge Semifinals also went very well. We may have received even more points than yesterday.

17.9.2021
The first testing day went very well. The judges solved all tasks in the three test scenarios. They were pleased with the immersion in the remote scene as well as the presence of the remote operator and consequently awarded our team an almost perfect score.

16.9.2021
We are participating in the ANA Avatar Xprize Challenge Semifinals in Miami, Florida.
Our Avatar system arrived and is operational.

2.7.2021
We submitted our Semifinals Team Video to XPRIZE.

5.4.2021
Our team NimbRo has been selected as Semifinalist for the ANA AVATAR XPRIZE Challenge.

8.1.2020
Our team NimbRo is one of the qualified teams selected to participate at the ANA AVATAR XPRIZE Challenge.

NimbRo has extensive experience and outstanding success with robotics competitions and challenges:

These successes are based on contributions to science that are reflected in a large number of publications. Main research areas are computer vision, mapping and localization, locomotion and manipulation planning, and deep learning. 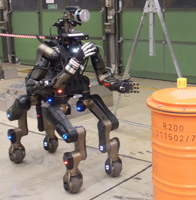 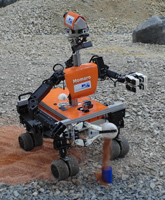 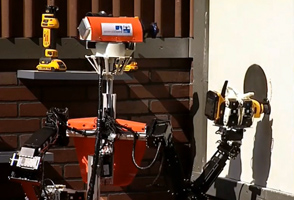